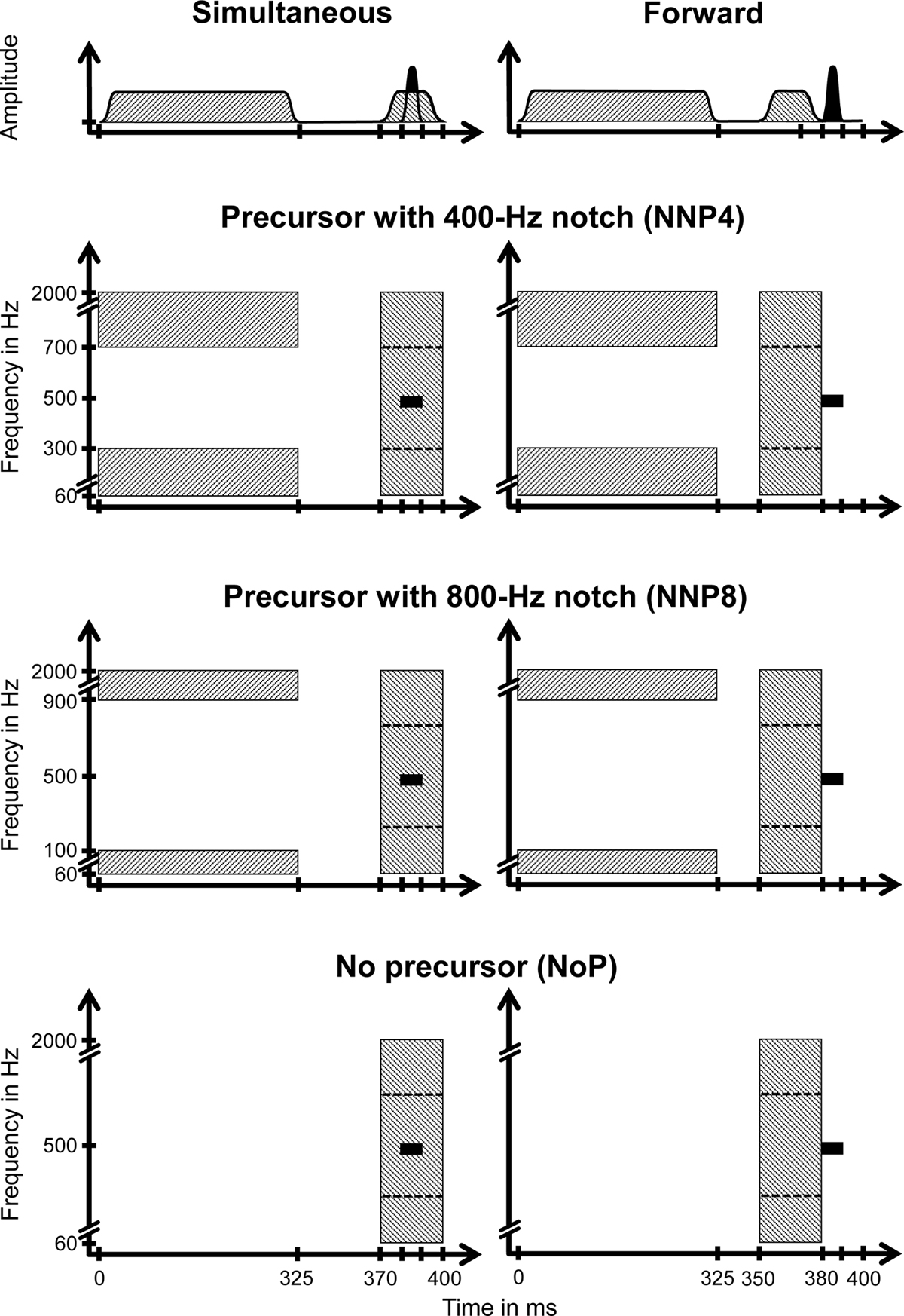 Schematic of temporal (1st row) and spectral characteristics (2nd–4th row) for simultaneous and forward-masking conditions, left and right columns, respectively. In both masking conditions, the temporal position of the precursor (from 0 to 325 ms; if present) and the 10-ms signal (black thick line in 2nd–4th row, onset 380 ms after interval onset) were fixed. The temporal position of the masker differed between the simultaneous-masking and the forward-masking conditions: for the forward-masking condition, the temporal position of the masker was shifted to an earlier point in time. The rectangle with left-sloping stripes surface in the 2nd–4th rows indicate the masker without a notch. The horizontal black dashed lines indicate the edges of the 400-Hz notch, which was also used as a masker notch width (apart from 0 Hz). The precursor is indicated by rectangles with right-sloping stripes in the spectrograms of the 2nd and 3rd rows. The precursor conditions are abbreviated as NNP4 and NNP8, the condition with no precursor as NoP (4th row).