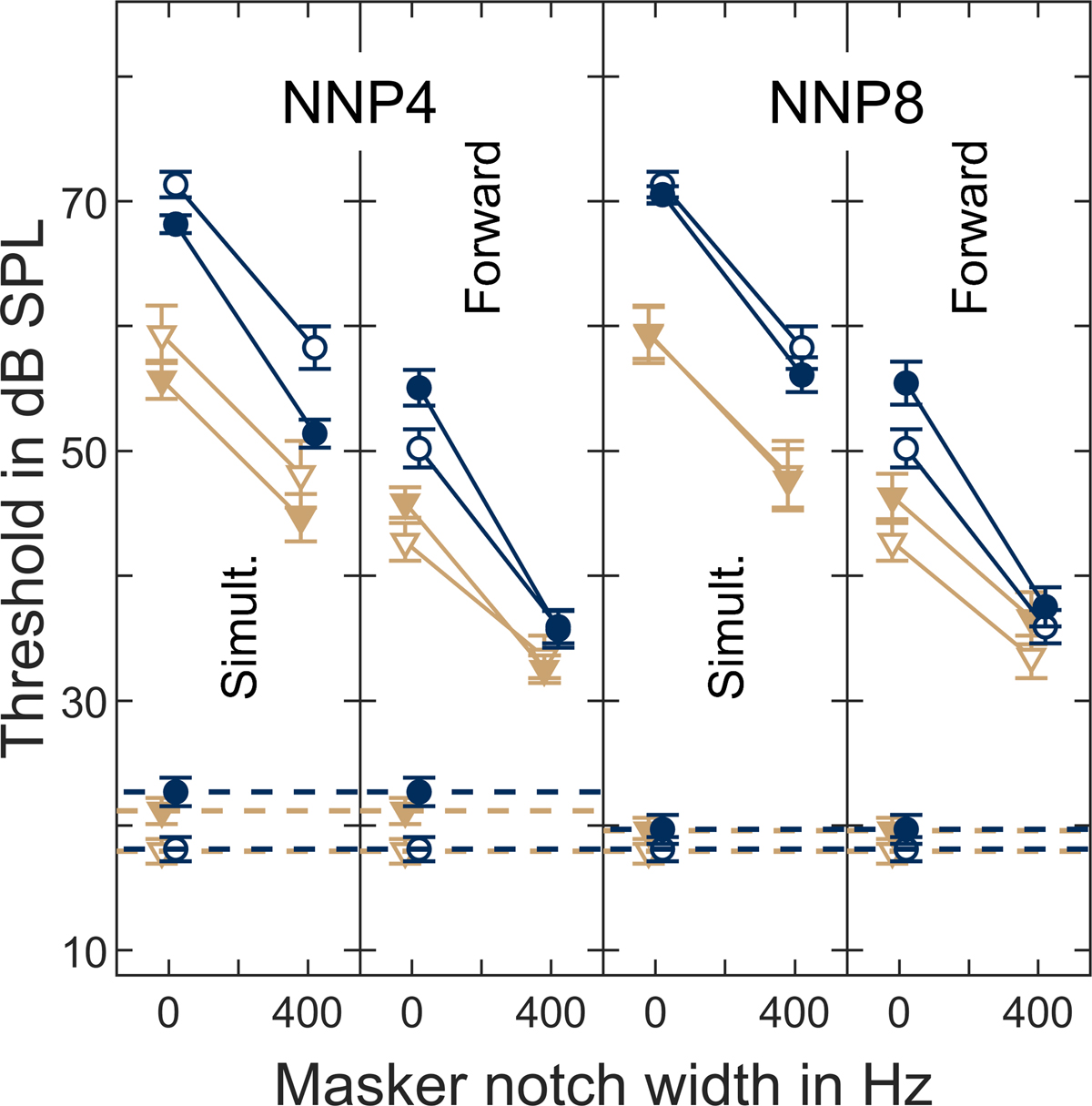 Mean data averaged across the individual data of thirteen listeners. The figure is subdivided in four panels. Each panel shows the results of a combination of precursor characteristic (NNP4 in first and second panel; NNP8 in third and fourth panel) and masking paradigm (simultaneous masking in first and third panel; forward masking in second and fourth panel). Open symbols indicate thresholds without a precursor (NoP), filled symbols those where the precursor was present (NNP). Thresholds for a diotic signal are marked with circles, those of the dichotic signal with downward-pointing triangles. In each panel, thresholds are shown as a function of masker notch width. Masked thresholds are indicated by data points connected with solid lines, whereas unmasked thresholds are shown with a symbols at the bottom left corner of the panels and horizontal dashed lines. Error bars indicate ± 1 standard error. For a better visibility, diotic thresholds are slightly shifted to the right and dichotic thresholds to the left, respectively.