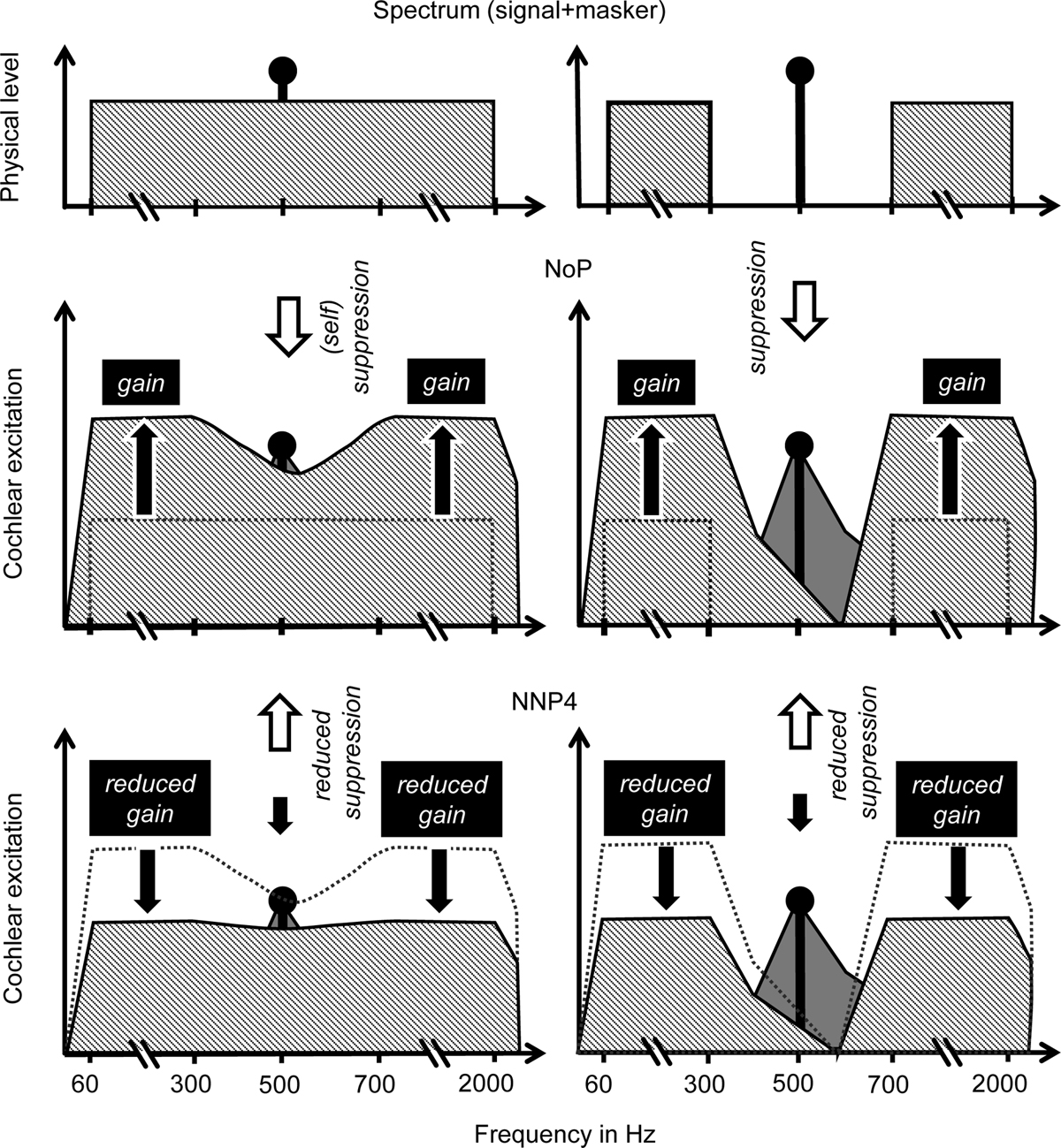 Explanation of the data on the basis of cochlear gain, suppression and the MOC reflex. Top row: Schematic plot of the signal and masker spectrum for the no-notch masker (left column) and the masker with a 400 Hz notch (right column). Masker are represented by a striped rectangles, whereas the signal in simultaneous masking paradigm by a pointed arrow. Middle row: Corresponding cochlea excitation without precursor. The excitation pattern of the masker is indicated by an area with with left-sloping stripes, whereas the excitation pattern of the signal is indicated by a dark grey area. The dashed rectangular box indicate the masker from the top row. Cochlear gain (thick black filled arrows) affects masker and signal. Due to (two-tone) suppression (thick open arrows), the simultaneously presented signal and also the middle portion of the no-notch masker (left) are suppressed. Note that the signal in the forward-masking condition is not suppressed, thus the line connecting the thresholds is steeper than in simultaneous condition. Bottom row: Cochlea excitation when precursor is added. Precursor activates MOC reflex, reducing cochlear gain. Reduction has a certain frequency specificity [67], affecting middle portion of the no-notch masker (left) less than the rest of the masker spectrum. The linearisation reduces suppressive effect within no-notch masker, leading to higher masking of nonsimultaneously presented signal. For the 400-Hz notched-noise masker, the signal in the simultaneous condition is better audible due to reduced suppression and less gain reduction.