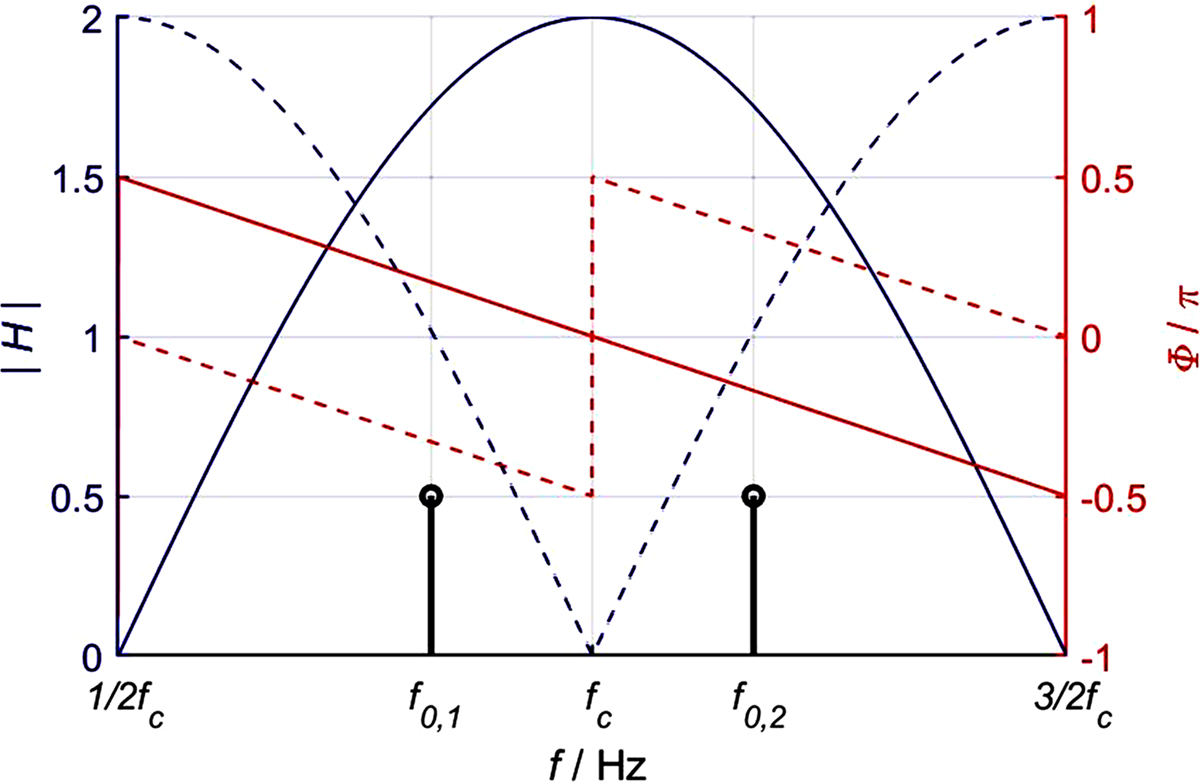 Filter transfer functions in the range between fc/2 and 3fc/2, centered at the current PM-HLL oscillator frequency (i.e., fundamental frequency estimate) fc. The amplitude is shown in blue (left scale), and the normalized phase is shown in red curves (right scale). The period-constructive comb filter (solid lines) enhances a component at fc, whereas the period-suppressive comb filter (dashed lines) cancels it. If the true fundamental frequency f0 of a signal is lower (indicated as f0,1) or higher (indicated as f0,2) than fc, the phase difference between the two comb filters is +90° or −90°, respectively. This phase difference is used by the PM-HLL algorithm as a control signal to adapt the fundamental frequency estimate fc towards f0. Note that, due to the periodicity of the transfer functions involved, the same behavior applies to all harmonics of the signal, i.e., the phase flip between +90° and −90° occurs at the same value of fc for the fundamental and all its harmonics. Thus, the fundamental and all its harmonics contribute to the control signal in the same way.